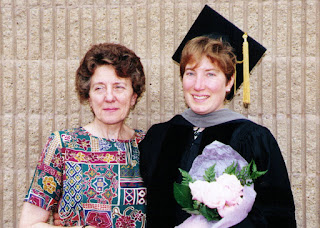 My calling is to help you live your calling.
When we are motivated to take on a personal mission, it's typically not simple.  Sure, when I wanted to be a school teacher I was positively impacted by a stern teacher and it took me by surprise.

I dreaded the end of summer when everyone else found out they had the favorite teachers but not me.  My teacher had a reputation as being mean.  Naturally, I was petrified but somehow told myself to just deal with it.  This was fourth grade.

In the end, my memory of that school year was pleasant.  While I gave her a run for her money because one of my friends (Yes, someone else ended up in her classroom, too.) and I were endless troublemakers sending notes back and forth, I witnessed to her organization and no nonsense style. I wasn't forgotten.

I went to college with dreams of a theatrical career, but I later graduated with a degree in teaching.  The lasting impression of this teacher stuck with me and I realized I wanted to somehow give others this kind of impression.  She didn't lecture us on how to live.  What fourth grader would listen to that kind of lecture? There was no relevancy.  We merely watched how she carried herself and managed her classroom.  Her example was powerful.

Also, I remember watching the Tony Robbins documentary, I Am Not Your Guru.  He mentioned at the end of the interview that a teacher made a small, but caring comment to Tony one day.  The personal interaction provided a springboard energy for him as it prompted him to take on some new action that enriched his life.  You'll have to watch the documentary yourself.  This revelation comes near the end.

What stood out for me was that his teacher wasn't reinforcing the subject matter, whatever course or syllabus he taught.  The teacher provided guidance in a very useful, relevant way.  We don't look back and say, "Wow, that lesson on photosynthesis was life changing."  We remember for the rest of our lives how one brief moment, a quick comment, or a kind gesture motivated us to do something a little bit better.

I was a teacher for only one year.  Along the way I took a different path, but with the same intention.  We can change the world one impactful moment at a time.  Some of us do it as teachers.  Others may do it as fire fighters, EMTs, artists, retail managers, marketers, coaches, parents, authors, and more.  We each have our opportunities to determine our purpose and choose how to serve our communities.

While my teacher taught me how to use structure in a disciplinary manner, I applied that experience in everything else I did.

Another person who was very influential in my life was my grandmother.  Spending time at Grandma's was always a delight.  She raised two boys, so she enjoyed all her granddaughters.  She taught me how to sew and cook.

When I watched her decline in her later years, I also learned that it was a long, slow decline where we were helpless.  The best I could do was help care for her daily needs and love her.  She was discouraged by her failing abilities which morphed into a fearful anxiety. I decided I did not want to have that experience in my own life. 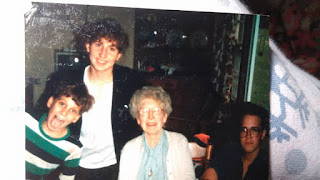 In tenth grade my grandma moved in with us after suffering a stroke. A lasting impression was made when my dad asked  me to organize all her pills.  With paper, pencil, and a ruler, (no computers back then) I made up a grid with a schedule for each medication.  Some were first thing in the morning, others were after meals, before bed, once a day, twice a day and more often.  We wanted to keep track of her medicine and anyone who was home could mark off when she was given a dose.  She was taking a drug nearly every hour she was awake.  Now tell me, who wants to ever do that?  Not me!  This is just what every optimistic teenager wants to look forward to in the later decades of life.

This was a huge lesson for me.  Especially when she never got better, I knew this was more than the elephant in the room.  This was a secret misery no one wanted to talk about.

Fast forward to my time as a mental health therapist working with the chronically mentally ill.  Mind you, these jobs were easy to come by because this is the ignored part of society no one really cares about.  It's a sad fact that also alerted me to the problems with the current biomedical model of mental illness.

People were not getting better and they were not expected to get better. Please refer to my blog post about Peter Breggin here, regarding his work at reforming psychiatry.

People get tired of listening to the mentally ill.  This is a strain on  the system the leads many to job burnout.  Many people with chronic depression, bipolar disorder, etc., have physical disorders, as well. Unfortunately, their psychiatrists refer them to physicians.  The merry-go-round comes right back when the clients would return to tell us that nothing abnormal was found in their blood work so it was all in their heads.  They were falling through the cracks.  This was demoralizing for me.

Enter chiropractic.  I knew there was a body/mind connection, but I wasn't very influential within the mental health system. I had small successes working individually with people on simple natural approaches that I taught myself, but I needed to delve into it more.  I knew a lot about the mind.  I wanted to learn about the body.

So, I volunteered at a chiropractic office. When I discovered how the spine was the major communication link between the brain and the body I couldn't believe this information was never revealed to me in my master's program.  When I found out about the Winsor Autopsies demonstrating this in a medical journal published in 1921 I thought it was terribly detrimental that the public didn't know this so many decades later.  (Read here how Dr. Winsor changed my life.) 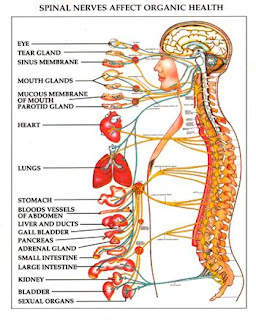 I also learned how successful chiropractic was for mental health issues back in the 1920s to 1950s.  There were chiropractic hospitals that used chiropractic and nutrition to give people back their independence. Where are these successful hospitals?  They were ignored by third party payers and were not given licenses to function as hospitals.

Chiropractic is also a promising partner in addiction recovery so I knew there was so much potential in receiving a chiropractic education.

Not only that, I also get adjusted every week as a routine.  I have been since 1995.  I only wish my parents knew that we all could have been adjusted since birth.  Click here to read what my first adjustment was like.

For me chiropractic is the missing link in healing.  My grandmother didn't have to live in fear.  No one has to hear the lie that there is nothing else left to try.

Over the years I've dealt with the same old talk that people can't get well no matter what they try.  I see the learned helplessness.  To me this is shameful.

It is because of fears and lies that I became a chiropractor, but more importantly I see the potential healing in people when they step out of their old comfort zone and take on the healthy practices they can learn about.

The potential is there. The success is waiting to happen.  The chiropractic philosophy may be something new to you, so let it sink in to your brain.    Want to join me?


We can change the world
one impactful moment at a time.

My impactful moment is
the chiropractic adjustment.

How Chiropractic Saved Me