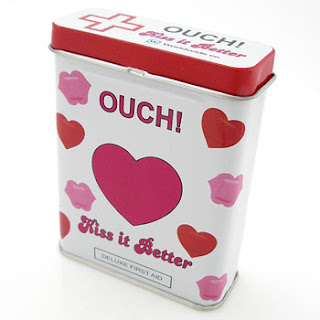 Yesterday, I woke up with a stiff neck that hurt every time I turned my head or raised my arms. Time to go to the chiropractor with great urgency right?

Typically people get adjusted when they are in pain and that is fine. We are human and pain happens.

But the "die-hard" chiro that I am, I know chiropractic is not for pain. It is for healing energy.

In my office I offer a special discount for folks who want to get adjusted once a week.

What should you really do for pain?
Use the P.A.I.N. guide I have posted on the wall in the office.

P. Psychological - What has been overwhelming your mind and emotions over the last few weeks?

A. Absorption - Are you getting the right nutrition? Are you absorbing your nutrients? Are you chemically toxic and not letting go of these toxins?

I. Injuries - Are old injuries affecting your performance today? Are you prepared to handle future injuries?

P. I am not overly stressed over anything. Yep, you heard me right. The night before my stiff neck, I was relaxing watching a movie. The past week has been very quiet.

A. I did blow my low carb eating in a big way this week. I am probably short on trace minerals since carbs rob us of these. I could use more magnesium. I need to do a nutritional cleanse. All of us do after the holidays.

I. I did two workouts the day before my stiff neck appeared the next morning. I may have "slept funny." I also have a weakness since I injured my neck in 2008. I also have a "straight neck" with arthritis I attribute to a head injury when I was five years old. I fell head first into a radiator and had stitches on my forehead. No one at the ER suggested to my parents that I get checked for vertebral subluxations. How, I wished someone did.

N. I plan on sticking to my nervous system enhancing routine. Stress never takes a day off. I shouldn't either.

Nothing special. The routine that I've always carried out prevented this injury from being worse.

Be on the lookout for the Myth of the Month. I am starting C.O.R.E. Coaching to keep us on track. Good habits can be fun and will be diving in this new year!


Are you living fully?

Care is not Fair....So Beware

hnIt is illegal in every U.S. state for a medical doctor to recommend any vitamin, nutrient or food for the prevention or treatment of any disease. Doing so can cause a doctor to have his medical license permanently revoked.

What do you think about that? We've heard of local medical doctors who had their careers destroyed because other medical professionals turned them in for talking about natural means for health.

So, don't ask a medical doctor for nutrition advice. It's that simple.

So, how does Dr. Oz get away with it? He talks about "general health." Or does he? You be the judge.

The following is directly quoted from www.alternativecancer.us. I give them full recognition for this information.

■Dr. Jennifer Daniels (I briefly volunteered in her office to help her organize her records for her defense. She had files of testimonials praising her.)
■Dr. Rebecca Carley
■Dr. Serafina Corsello


Dr. Jennifer Daniels, MD of Syracuse was brought up on charges after successfully treating a patient with diabetes using only diet and exercise. In spite of a highly publicized study unveiled by the Secretary of Health & Human Services proving that diet and exercise was more effective than drug treatment. Eventually Dr. Daniels got her license back after it was suspended for two years, but the cost was devastating. The doctor was financially depleted and no medical employer was willing to hire her despite impeccable educational & medical credentials(Harvard BA, University of Pennsylvania MD). She is planning on leaving the country And that is a successful case.

Dr. Rebecca Carley, MD from Hicksville, Long Island successfully pioneered a treatment to reverse the injuries from vaccines such as autism and autism spectrum disorders, which have been growing. Dr. Carley has a public access cable TV show "What's Ailing America; Dr. Carley Responds" in which she was able to reach a larger audience warning of the potential dangers of vaccines and other political issues. Dr. Carley's license was suspended in July 2003. The suspension was solely on the basis of her "psychological impairment". This was an arbitrary attempt to control her speech, both medical and political. Dr. Carley's has been doing nutritional and lifestyle counseling, but is facing severe financial hardship.

Dr. Serafina Corsello, MD was one of the best known alternative practitioners. She was on the first advisory commission advising the Office of Alternative Medicine of the NIH in 1992. She published a book "The Ageless Woman", had two large medical centers one in midtown Manhattan and the other in Huntington, Long Island. She has and continues to lecture all over the country and in many parts of the world on nutrition and women's health. Charges were brought against her for too much testing, use of vitamin therapy, Chelation therapy and diagnosing lead toxicity. Unfortunately her lawyer filed the answer to the charges too late and the state deemed that she admitted to all the charges. Her medical license was revoked.

Thankfully, there are options for the consumer for safe, natural health care. It takes a personal commitment and you can't rely on insurance. Read here how unethical medical billing has pospered allowing a medical monopoly in the health care market place to block people from common sense health care.

If you read about Melinna Giannini's experience, you will see how insurance will pay $15,000 for care that does not work, but deny someone a $500 solution. There is nothing illegal about paying out of pocket for your own care, but robbing the public of their insurance premiums is another story.

Please continue to educate yourself on health care issues. It is important for each of us to look at the true successes and failures in health care. Don't always follow the crowd. We have dangerous social conditioning at work. Visit The Myth of the Month for more informaiton.

Chiropractic IS the mind/body connection.
at December 25, 2010 No comments:

Health Care Reform? No Thanks. 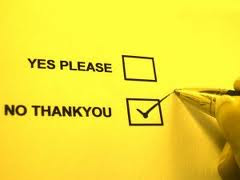 If you like long waits at the medical doctor's office, don't read this.

We haven't gotten a handle on chronic health problems. If you have pain and fatigue and the doctors can't give you a definitive diagnosis, you should be worried. Are you on a number of medications that aren't working? You should ask, "How does this really restore my health?"

There is a condition we call Metabolic Syndrome associated with a sedentary lifestyle and obesity. We know the warning signs, but our preventive strategies are not working.
Do you have metabolic syndrome?Obese or overweight
High blood pressure
High cholesterol and triglycerides
Pre-diabetes or diabetes
READ MORE HERE
at December 19, 2010 No comments: