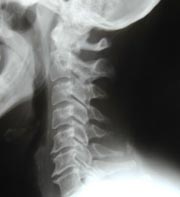 This resembles the beginning of


studies of mild brain trauma are


showing a correlation with
depression and bipolar disorder,


especially in teens who play sports.

It wasn't back pain or a headache that brought me to chiropractic.  In fact, I was pain free when I received my first adjustment.

I had a condition more painful than a physical injury because it was not physically obvious.  I had a certain arrogance that would have taken my health away if I hadn't been exposed to chiropractic thinking 17 years ago.I was arrogant about health and healing because I was young. I took my health for granted because I thought nothing would make me sick.  I thought I knew how to take care of myself.  Boy, was I wrong!  I  worked with people who were challenged by the label of mental illness. They were told they had a brain imbalance and they needed a steady supply of brain altering drugs to keep them "normal" by society's rules.No one proved they had brain problems.  No one measured brain improvements to check if  the drugs really helped.  No one gave them an option to stop taking these drugs.   It was all one sided and my clients were actually getting worse.
If you or someone you know
has suffered under the psychiatric system
become a member of the
Study of Empathic Therapy, Education & Living

I started teaching a few of my clients about stress
reduction techniques and dietary changes.  Much to
my surprise, they were improving and gaining  self
confidence.  While I was addressing their physical
health I began to see how the state of the body has a
great deal of influence on mental function.

I realized my job as a therapist was a joke. If the
body isn't healthy, the mind stays stuck (more like
trapped).

After prayerful consideration to change careers, I
looked at chiropractic.  I had no pain or health
problems, but I volunteered in a chiropractor's office
to learn about this drug free approach.

Not much of a science buff, I was awe struck when
my new chiropractors (a married couple) taught me
how the nervous system controls every cell, organ,
body function, thought and emotion.  The nervous
system is also considerably affected by the condition
of the spine.

It was also a major revelation when I learned how
damage progresses for years but we don't feel it.

They showed me my X-rays and explained how
mechanical disruptions of the spine adds incredible
stress to the brain and spinal cord.  A sample X-ray
above is very similar to my own X-rays.

This was a big mind shift to me.  I thought spinal cord
damage was paralysis like Christopher Reeve.  I
never considered milder forms of damage could have
such an impact on disease and mental status.

If I never addressed this 17 years ago, I would have
suffered from a gradual and progressive degenerative
process. Pain doesn't show up until damage is fairly
permanent.  Combine it with a stressful life style and
poor nutrition and chronic disease takes hold.

I often think about my therapy clients who felt
helpless and defective.  Their nervous system/life
force was stifled and no one offered them the release
chiropractic can provide.

My first interest is in mental wellness.
Inside the mind are the sparks that ignite great
ideas.  The body is the engine that allows us to push our ideas forward.
They work as a team.


between this awesome team.
When physical health is not properly addressed, it clouds the mind.
The body often
gives us important clues.

Chiropractic rejoins the mind and body in an extraordinary
way as the adjustment  enhances how the nervous system
fosters innate intelligence.

Thanks for being curious.
It means you are  looking for something new to try.
You are in the process of a personal evolution.
It's a superb journey!

I can't convey much more of it on a website.  Come to a health talk, come in for
an appointment, or let's chat on a phone-coaching session.

Read more about my journey here.

Dr. Lisa, Thank you so much for helping us continue our journey to better health and wellness! We look forward to working together as a team, MS and MS

Hi, MS, thanks so much for commenting. great to see you on the blog. See you soon!