What's Wrong with You? Why Do You Go to the Chiropractor 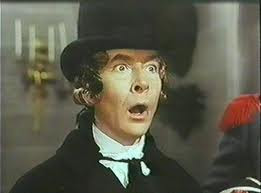 People who get adjusted hear this question all the time. They are almost accosted just because they tell someone they are going to the chiropractor.
"What's wrong with you?" someone asks, in shock.
Try to explain it and the other person just shuts down. It goes against their social conditioning. Time to tune out. I don't need to hear this valuable insight that could change my life for the better. Let's talk about the weather.
If you haven't heard my personal story about my first adjustment. I invite you to read about it here.
Chiropractic Saved Me
Thanks for not tuning out.

Are You Living Fully Today?

FEB. MYTH of the MONTH: Grains are Good for You 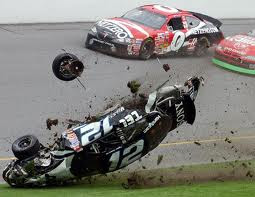 During the last batch of snow storms, I wrecked my car. Nobody was hurt but the subframe was badly damaged. That began the numerous phone calls to the claims office and the service shop.

This should be fairly simple. It takes a few visits from the adjuster and the car is fixed. Car insurance is in place to handle these kinds of mishaps. If only health insurance was this easy.

Vehicles are not complicated. After all, we’re just replacing a few parts and the car runs as good a new. There is only one owner’s manual for a particular model and each car buyer gets the same one.

People, on the other hand are very different. One size does not fit all and because of this, health insurance can be a bureaucratic disappointment. The healing process is not the same from person to person. When we don’t follow an insurance company’s determined timetable after an injury or illness, disagreements arise.

Auto insurance has been an affordable contract between the customer and the insurer. I agree to drive defensively and maintain my vehicle so safety standards are met reducing the possibility of a costly accident.

A PricewaterhouseCoopers report found health insurance premiums have outpaced inflation in recent years. One finding showed utilization has nearly doubled. This indicates we have been using more health care services than ever before. The report also cited an increase in consumer demand, newer treatments, and also unhealthy lifestyles.

If utilization increased in the auto insurance sector, it would mean cars are crashing daily on just about every street in Auburn. I am exaggerating, but you should understand the point.

Perhaps we are “crashing” on a daily basis and it has become the norm. We are out of control with our health because we don’t “drive defensively” and now the government wants to take control. I find it very scary that this report also stated less than five cents of every health care premium dollar goes to prevention.

Diabetes, which has a strong correlation with both heart and Alzheimer’s disease, is predicted to affect one third of the population by 2050. Increasing health insurance premiums is not doing anything to help this escalating health problem.

Chiropractic offers a solution to the problem of chronic disease because adjusting the spine neurologically reprograms the body for better healing. The body heals efficiently as long as the nervous system remains finely tuned.

A Rand study showed when an elderly population utilized chiropractic, they spent less time in hospitals and nursing homes, took less prescription medications, and were regular exercisers.
Another study in the Archives of Internal Medicine showed patients with chiropractic coverage had less health care costs overall when compared to patients who did not have chiropractic available in their insurance plans.

It looks as if health insurance does not make us healthy unless the insurance offers a variety of options. Our health is much too important to ignore this. Don’t be the last to get on board with chiropractic. 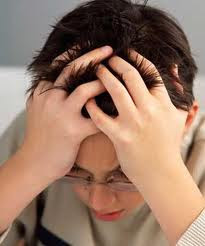 A few weeks ago I wrote about my stiff neck episode and why chiropractic is not the treatment for my neck pain, but rather it is a plan for ongoing health.
Read the post here.

I gave a summary of the P.A.I.N. plan and how to look at your situation rather than focusing on the immediate problem.

What if I didn't follow the P.A.I.N. plan and decided to do nothing? People do it everyday. They notice something in their life that is undesirable but ignore it. They keep on working and muddling through the day, ignoring the stress response that is asking for help.

These are the people who don't call the chiropractor and just wait for it to go away. I prefer people get in touch with their chiropractors to resolve ongoing issues that robs them of health. It is much more desirable than waiting for a crisis.

Here is what would have happened if I did nothing after my neck injury:

1. I probably would have stopped exercising due to the pain. This would have allowed scar tissue to take hold and increase the chances of future injury, often leading to chronic pain.

2. If my range of motion was reduced and I developed headaches, I could have been at risk for a serious accident because my reflexes wouldn't respond properly. Perhaps while driving I would not be able to see something in my field of vision and respond safely.

3. Ongoing pain and stiffness certainly affects someone's mood. A distraction like this can get in the way of good job performance, relationships, etc.

4. A depressed mood or lack of energy can take away people's motivation to take better care of their health. This can lead to weight gain, high blood pressure, and other negative changes.

5. Many people resort to medicine for quick relief, but this is a risky proposition when alertness is compromised as well as the likelihood of side effects.

6. In some instances, pain does go away, but something else is left behind. As mentioned above, less energy, weight gain, postural changes and subtle nervous system dysfunction results. These are less obvious stresses but they can deaden nerves. Disc herniations exist for quite a while before a future painful injury occurs.

I want people to come in to take care of the hidden problems that are causing the more distracting problem. That is chiropractic's goal.

See you at the table...the chiropractic table.

Jan. Myth of the Month - You Need to Eat Lots of Fruits & Veggies

Click on the Myth of the Month for January.

Jan.'s Myth: You Need to Eat Lots of Fruits & Veggies


See you at the table...the adjusting table. 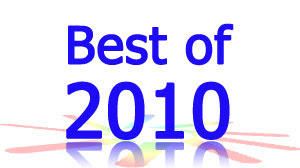 I invite you to live a life of wellness through chiropractic, not just a quick pop and crack for back pain.

Ask me how much better your life would be with weekly chiropractic care at an amazingly discounted rate.

Our Best in 2010 is also our Best in 2011. Our health should always be at its best.
"Once a week to stay at your peak."
Just think about this: When does stress take a vacation? It doesn't. Stress is on duty 24 hours a day.

This is why folks who are not in pain actually derive greater benefit from chiropractic care than those who are in pain. If someone is pain, their healing system is at a disadvantage. This makes chiropractic even more effective on a body that is not as stressed.

A 2004 paper published in the Journal of Vertebral Subluxation
Research showed people considered asymptomatic or normal
and free from injury who received regular chiropractic care still
gained benefit. They had significant improvements in the
following:

Our health is so important. It is what allows us to achieve our goals and make our marks on the world.

And, as 2010 came to a close we have an abundance of best of stories...so here's a best of 2010 health articles from Dr. Mercola READ THEM HERE