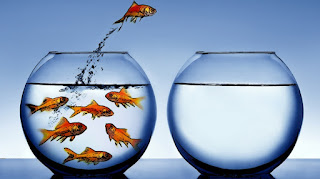 Pain Lives in the Brain

David Hanscom, MD, is a retired spine surgeon who knows why surgically aligning the spine does not resolve a person's pain. The pain actually is coming from the brain and not the spine.
Why do I adjust the spine?  To reach the brain!!
So, when someone has issues with chronic pain, we know to look at the way the brain is perceiving the world.
Check out my you tube videos about chronic pain.
PART 1
PART 2
Brain Sense Tele-Health Self Discovery Sessions
Dr. David Hanscom's books
at March 16, 2021 No comments:

Well, it's been months since I added a column about medical doctors who are speaking out against incorrect information regarding health.

Look back here to catch up on the series.

I was doing a bit of maintenance on the website, changing around some links, etc., and noticed that many of the youtube videos I posted have been removed.  Apparently discussions on better health are not congruent with "community standards."

Pointing out medical beliefs that are not backed up very well in the literature is a no-no.  The doctors I chose spoke out about poorly performed research and turned to safer approaches to get people well.  Who wouldn't like that?

The deleted videos just shows us how sensitive people are when it comes to letting people choose their own healing practices.

I still have a list of names I hope to present.  You may already be aware of them.  I encourage you to learn more about their careers.

She routinely had to take time off from practice to memorize the wrong answers to renew her board certifications.  I find that really odd, but apparently that was a fact of life for her.  Knowing she treated her patients with natural methods, she obviously doesn't follow the mainstream approach that probably doesn't actually help people.

I've read he is often criticized for selling products online, but why is that such a big deal?  He offers products that benefit health, yet is probably not available in your neighborhood pharmacy.  I've also heard him discuss how often he is served with frivolous lawsuits trying to silence him, but he is more than able to defend his stance and win these cases.  He has the guts to stand up for health care freedom.

Dr. Brogan is a recent medical doctor discussing her disgust with modern mental health treatment in the allopathic world.

I discovered Dr. Bush early in the corona crisis.  He goes into very logical explanations that the microbial world is not harmful and that we have real problems in our environment making us sick.

A doctor not afraid to call out "corporate malfeasance," he's reminding the public that do not harm should still be a mantra easily rolled off the tongues of physicians.  But that hasn't been the way with the business of vaccines.

She has easily called out the "blatant scientific fallacies" during this co-vid circus.

Dr. Fung got tired of patronizing patients waiting for them to need amputations and decided to tell the truth about the disastrous dietary beliefs pushed in the media.

Dr. Madej got tired of government officials getting mad at her for actually solving serious problems causing ill health.

Dr. Buttar has no issues with setting the record straight when it comes to nonsense beliefs about standard medical care.

When traditional medical care didn't help her own chronic disabilities, she had to reteach herself new information

Always outspoken about the old ideas regarding birthing children and raising them, she found a new niche unveiling the inconsistencies with  the current pandemic panic.

Despite the lucrative business of orthopedic surgeries, his hospital resented Dr. Baker's safer approach to reducing degenerative pain with the simplest diet. He had to defend is medical license.  He explained this in his instagram post two years ago:  I voluntarily surrendered my medical license a little over a year ago after engaging in a several year long legal battle with a hospital after a sham peer review process precipitated by my actions to actively avoid profitable surgeries and instead press for unprofitable lifestyle interventions....That was done late last year and took about 4 months for the results to come in, which indicated I was perfectly competent to return to medical practice- The state medical board then invited me to reapply for license which took another 6 months to process (yes the administrative wheels turn very slowly)“Finally this afternoon I was informed by the state board that they voted to officially reinstate my license....” His Instagram Post is Here.

So, these are the quickest blurbs I can come up with off the top of my head.  These are the instant reasons why I found them fascinating.  I am their cheerleaders knowing they have to buck a deeply ingrained system that could wreck their careers.  As, I said, they have a strong desire to reform the mess from within.  Some have stayed in medicine still trying to make an impact.  Others have retired or given up their medical licenses but still have found ways to give the public their knowledge and support.

There are still more names coming to my mind.  I just want my readers to know that there are medical professionals out there who want the best for their patients and set aside the social rewards they could be privy to if they maintain the standards of care that they know are truly harmful and dishonest.

What I Have to Say About Older People 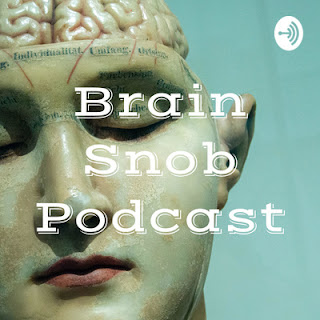