What Your Pain Really Means - Will You Dig Deep Enough? 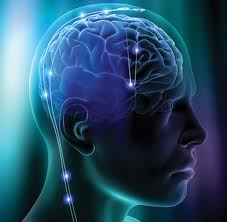 When I was in chiropractic college, I was taught to take the patient's "chief complaint" and get the details.  After that, I explain the goal of chiropractic is to reach the brain by adjusting the spine so the brain can expand its reach through the mind-body systems.

I placed my in parentheses because people really take a profound ownership of something labeled as a dysfunction.

When the questions take me in circles, I know people are impatient, frightened, and just at the end of their rope.

The fight or flight response assumes all the shaking bushes are bears and responds with the same solution to run.  There's no time to look and change course as needed.  The limbic system will not change course if everything is perceived as a bear.

We also add things to our lives that prolong the fight or flight response so healing is delayed. (Caffeine, nicotine, alcohol, medicines, sugar, processed foods, etc.)

When folks are impatient, frightened, and at the end of their rope, it takes a some serious energy to slow down so the real problem can be addressed.

It takes energy to slow down.  Sit with that for a bit.

Chiropractic gets you to the place where your brain can work on healing and self improvement.  It gets you out of the prolonged over-stimulation of modern life.

The adjustment calms the fight or flight response so the vagus (rest and digest) can do the work of rebuilding.

Fight or flight does serve an important purpose.  But we don't want to exhaust it.

Step one: Unwind the Fight or Flight response.  We can't follow through with anything else until we do this.

If you're going in circles, you're in Detour Healing.

Get adjusted and train your brain.