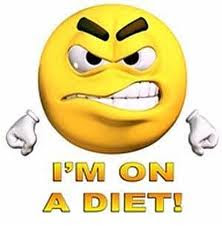 Someone came to me recently for an adjustment and complained she stopped losing weight while following a very popular diet program. She was disappointed because she was staying well below her allowed points but not getting the results she expected.

She was pleased with her intial weight loss in the beginning but the improvements came to a halt a few months ago. This confused her because she put in a great deal of effort adding exercise to her routine.

She was feeling so bad about herself she thought about giving up and just accepting this was the body she was supposed to be in for the rest of her life. (A very common dialogue people carry on internally.)

After talking to her for a few minutes I realized she was cutting down on a very important food group that would have allowed her to heal adequately from the back sprain she suffered after a weekend of gardening. I explained her injury would not have slowed her down as much if she was not depriving herself of this food.

She also was eating too much of the foods she was told could be eaten in unlimited quantity. She was shocked to hear this information. I gave her some resources to look over and her determination returned with a vengeance.

Was it the adjustment or the quick coaching that perked her up?

If you want to find out what misinformation she was given, come in for a "power surging" adjustment and I'll fill you in.