When Your Life Feels Like A Constant Bait and Switch 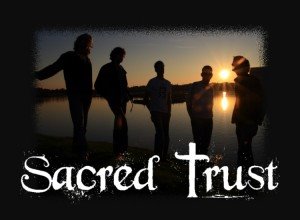 Back in 1995 I had no idea I was going be influenced by a person I consider to be a quiet hero.  If you read my series called Doctors Who Jumped Ship, you will know he is my #1 pick. (Read the series here.)  Dr. Peter Breggin, is that quiet hero.  And he is still fighting for truth to be set free as dangerous lies are exposed.

Here it is, Labor Day in 2021.  This is the anniversary of my first look at chiropractic as a new career.  Although I truly believe it is not a career change, but another step in my journey to show people how they can empower themselves.

On the Friday before Labor day in 1995 I was driving home from work talking to myself.  Still on a search for a drugless approach to health after considering naturopathy, acupuncture, homeopathy and others, the word "chiropractic" popped into my head.  It was divine intervention.  I knew nothing about chiropractic other than I heard it was highlighted on an episode of 20/20.  To this day, I have never seen the episode.

On the way home, I took a detour and headed to the library to check out some books on chiropractic.  And you could now say the rest is history.

Back to Dr. Peter Breggin.  His book Toxic Psychiatry moved me to avoid medical school because I knew in 1995 that I could not in good conscience prescribe medications that I would never take myself.

He has been running his own internet radio show for more than a decade.  With the current health concern usurping our freedoms and demands for second opinions, he has been interviewing prominent people about the chaos created by the government.

If you recall, I commented on David Hanscom's pronouncement that "the business of medicine is predatory."  He is another doctor who jumped ship, hoping to give people relief from their pain. (I just realized he is not on my official list of Doctors Who Jumped Ship.  My job is not done as he must be included.)  I did mention him here, as well as on my videos.

Dr. Breggin is in a similar mind-set as he is going to publish his next book title, We Are the Prey.

I continue to listen to him because he is steadfast in his mission, which is very admirable. There are days my own mission is less prominent in my mind as I am scurrying to pay bills, manage the office traffic, order supplements, completing paperwork. His interviews and comments fuel my purpose.

In a recent interview he was the guest speaking about his directional change as new experiences impressed him.  He described his medical school education as a "bait and switch."

Once in residency, his ability to truly impact a patient for the better was thwarted from him.  The successes he had as an uneducated volunteer were by far more life changing for the people he encountered prior to his medical education.  And I'm not calling him uneducated as an ignorant nobody.  He was an undergrad student at the time aspiring to be a journalist.

Was there a time when your dreams and aspirations were shaken to the core because of a bait and switch scenario?  Did you modify your goals or change directions because of an experience that disappointed you?

Our journey may change from time to time. There may be a bump in the road or detour, but most of us keep the dream burning, even if it's at a smoldering yet hot temperature. How you decide to turn lemons into lemonade is still very meaningful.

I felt a bait and switch in chiropractic college.  The bait was the idea that wellness was a welcomed paradigm.  In the end, the spine was just a mechanical flaw.  The dynamics of the brain residing in the spine was not of importance.  The person merely needed to walk better or flex forward just slightly  more than 50 degrees.  Other chiros and my instructors may yell at me, but that's how I see it.

Dr. Breggin made a lot of people angry at times.  He won a major lawsuit as an expert witness against pharma companies.  He helped a woman who was damaged by electroconvulsive therapy win monetary damages.  He spoke out about the distrustful health care management of children living in poverty.  Distrustful is my terminology.  He used stronger, more accusatory words.

He may have been dismayed by the switch he experienced as a new resident, but he didn't let this cloud his original purpose/mission.

Bait and switch in health care seems to be a very illustrative description.  Even chiropractors are accused of harboring a bait and switch mentality.  We're only out for money as we over-adjust patients who don't "need" chiropractic.  Let's just say, yeah, I've heard all that malarkey. But I will not get used to the position that poison is progress.

Just like Dr. Breggin pointing out the undeniable brain damaging affects of psychiatric drugs, pain medications and maintenance drugs are also just as damaging.  Even the researchers who showed popular medications directly damaging mitochondria, admitted publishers slammed the doors in their faces.  No one likes to hear their star

products are dangerous.  Fortunately, their work was published so you can warn your loved ones.

The bait and switch I am focused on is the promise of a wonderful life taking a substance in an attempt to manipulate your  body's innate intelligence.  You see the smiling faces in the drug ads on TV. The ads are the bait.  The switch is when you are told you have a chronic disease that will not improve especially when medication side effects make you worse.

David Hanscom describes the bait and switch in his book, Back in Control. He knows he straightened people's spines and corrected them through surgery.  He said they should not have recurring pain post-surgery.  Yet, they did.  He realized the pain came from the brain and if they had explored that prior and made life style changes, surgery could have been avoided.  So, the disappointed patient experiences the switch when doctors abruptly remind them that their consent forms were signed and nothing is 100%.

Another bait and switch is the wrong idea that one single approach should make all the difference in the world.  This is not true.  We are multi-layered people with multi-layered stress.

There is no "one answer."  It takes a life style change that addresses mechanical stress, emotional stress, and chemical stress. All three. You cannot try one change and ignore the other stresses draining your brain.

And when it comes to families, every member needs to be involved.  Every person in the household needs to revamp how they approach their mechanical, emotional, and chemical stresses.  Everyone who loves you needs to incorporate the life style change.

Your life doesn't have to be a constant bait and switch with empty promises leading to disappointment.  We can understand the challenges and work around them.  We are challenged with the prevailing mind-set that poor health can only be tolerated.

It's not easy to ask people to give up these dis-empowering notions.  I tell myself that I shouldn't be surprised that most of us are suffering from a chronic condition.

It's all the more reason to educate.

I'm very grateful to Drs. Breggin and Hanscom for their tireless efforts even when they get blow back from their own peers.

Ready to unravel your layers?

Get adjusted and dial in to Brain Sense Tele-Health Self Discovery Sessions.