When Did We Give Up Logic? 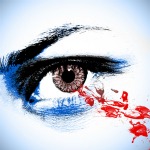 Who knows when Alison began losing her original self?  Who knows when she began living an artificial life?  But isn't that what we all need to ask ourselves.  "When did we begin to live in a fake world?"

Faking our lives pretending chemicals are just as good as God's creation.

When did we give up ownership over logic and move our trust outside of ourselves?

When did we give up thinking for ourselves?

When did we get lost in our symptoms focusing in on a microcosom of dysfunction.

It's more than disease or dis-ease.  It is about how we view ourselves.

And then get over to the table....the adjusting table. We need to reclaim ourselves.